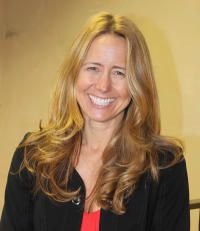 Trisha Worthington rejoined the USSA in 2014 to oversee fundraising to support USSA athletic programs through the U.S. Ski and Snowboard Team Foundation. She previously headed fundraising for the Foundation from 1995-2007, increasing its annual fund to $5 million and spearheading its $60 million Legacy Fund endowment, a portion of which funded the USSA Center of Excellence. Worthington served as executive director of the Park City Community Foundation since its inception in 2007. Her leadership of the Park City Community Foundation resulted in investment of over $5 million into the community through grant programs and initiatives, including raising nearly $1 million in a single day of giving. She grew the foundation from its start to assets of over $7 million. Worthington and her husband Trace, an Olympian and highly-decorated freestyle skier, live in Park City where they are raising two daughters.