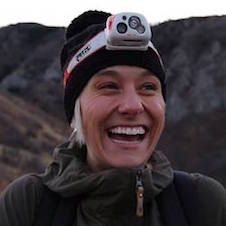 Megan Harrod is the alpine press officer at the U.S. Ski and Snowboard Association. Megan has an extensive background in communications and over 15 years of racing and coaching experience. She will serve as a liaison between U.S. Alpine Ski Team athletes and staff and the public, with a key focus on athlete management while growing awareness of athletes and the team. Hailing from the Midwest, Megan began her skiing career in Wisconsin where she was a USSA and FIS competitor. She attended St. Olaf College in Northfield, MN where she claimed numerous honors, including top 15 USCSA Nationals Combined and All-American during the 2004-05 season. Following her competitive racing career, Megan coached for Team Gilboa’s junior race program for six years. Team Gilboa is based at Hyland Hills in Bloomington, MN. Prior to joining the USSA, Megan was co-owner and director sales and marketing for Ethnotek Bags, coached CrossFit at The Firm MPLS and worked at Olson, an ad agency with a digital focus located in Minneapolis. She is based in Salt Lake City, and is traveling the Audi FIS Alpine World cup circuit this winter.