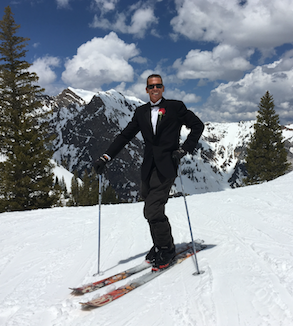 Craig is the sole avalanche forecaster for the western Uinta Mountains--an area accessed primarily by snowmobile--and also handles much of the avalanche education for snowmobile groups. Craig has done avalanche control for Brighton Ski Area in Utah since the mid 1980's and then worked as a helicopter ski guide. He has worked for the Forest Service Utah Avalanche Center since 2000. Craig developed the Know Before You Go avalanche awareness program for young adults in 2004, which has been extremely popular. The one-hour program includes a 15-minute video and slide show presentation and is taught by a team of local avalanche professionals. The program has directly reached over 175,000 students in Utah to date and has spread around North America. Craig's legendary enthusiasm and communication skills keep him in high demand on the avalanche lecture circuit and television appearances.